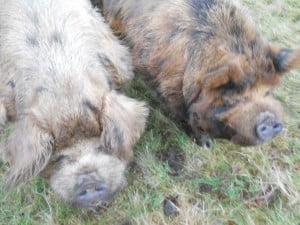 Kune Kune pigs are thought to have been introduced into New Zealand in the early 19th century, hence their Maori name. It’s pronounced cooney cooney and means fat and round!

They have hairy coats in a range of colours such as black and white, brown, cream or tan. 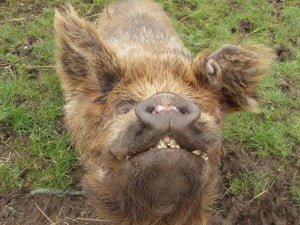 In the 1970s, the Kune Kune pig almost became extinct, but thanks initially to the work and dedication of two wildlife park owners, the species survived. In 1992, a few were imported into Britain and now the breed is no longer a threatened species.

They are delightful animals with a friendly and placid nature. They like human company and have become very popular as pets. They are very easy to train and some people even keep them indoors.

When you meet Dennis and Gnasher, Murton Farm’s own Kune Kune pigs we’re sure that you, too, will just adore these endearing animals.