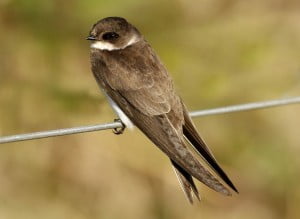 Sand Martins are the smallest European hirundines (martins and swallows), with dark brown upper parts and dark under wings contrasting with otherwise pale under parts divided by a distinctive dark chest bar. Agile fliers, feeding mainly over water, they will perch on overhead wires or branches. They are gregarious in the breeding season and winter. Sand Martins are summer visitors and are among the earliest spring arrivals often arriving in early March. They start their return journey to southern Africa for the winter in August.

Breeding:  Breeding starts in mid May to June with the female laying 3-7 eggs.  Incubation lasts 12-16 days and is performed by both parents.  Both parents also feed the young, but if a brood has been reduced through poor weather (starvation) the female will leave those remaining for the male to rear and move in with another male to start another brood immediately.  Her original mate raises the remaining young before perhaps trying to attract another female. Chicks are mature enough to fledge and fend for themselves after just 19 days.  Sand martins typically attempt to raise 2 broods a year. 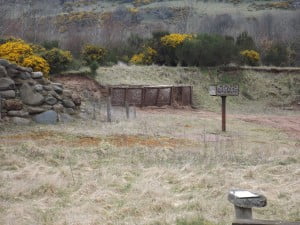 Diet:  Invertebrates, taken on the wing.

Nesting:  Sand Martins nest in colonies, burrowing into banks, quarries and cliffs, and usually near water. Both sexes construct the nest burrow and line the nest chamber with plant material and feathers.

Call:  The song is a rasping, chattering twitter, similar to that of the Swallow and House Martin. 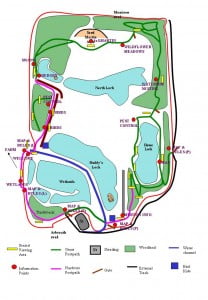